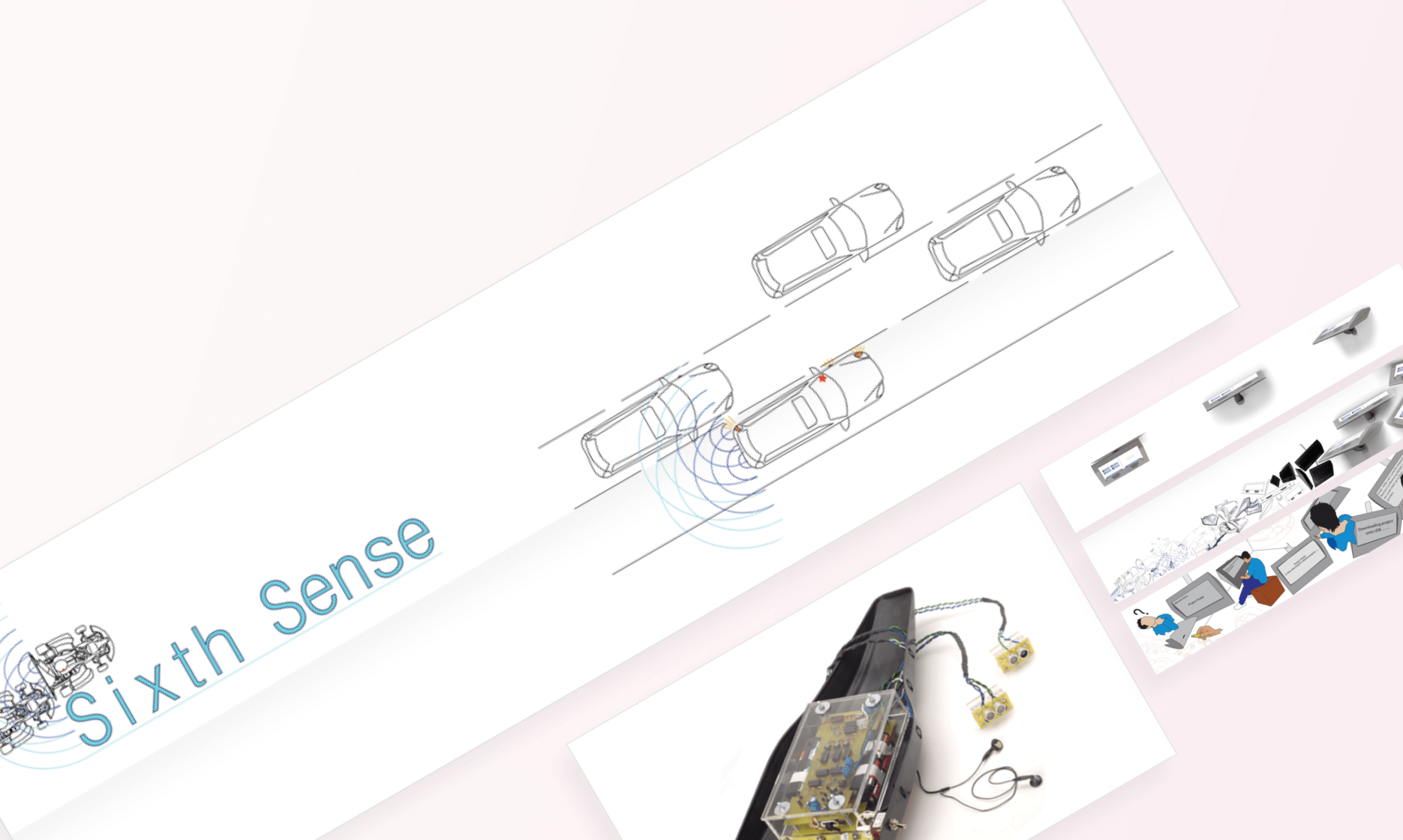 A cognitive ergonomic study on how best to relay information to a racing driver. To help the driver know when someone following was about to overtake, relaying a tone back to the driver and stopping them from taking their eyes off the road ahead.

Initially I tried 3 main ways to communicate this to the driver, from lights, vibration pads and sound. After user testing I found that a light above the steering wheel that would be seen in the driver’s peripheral vision worked best, where as the forces whilst driving were too much for using a vibrating pad.

A final year project for the Rich Mix Centre in London, The facility catered for a wide variety of arts, and the users would carry out different projects within the building.

I designed a concept that helped people interact with other users of the building by finding and linking projects that would benefit from the differing skills within the building.