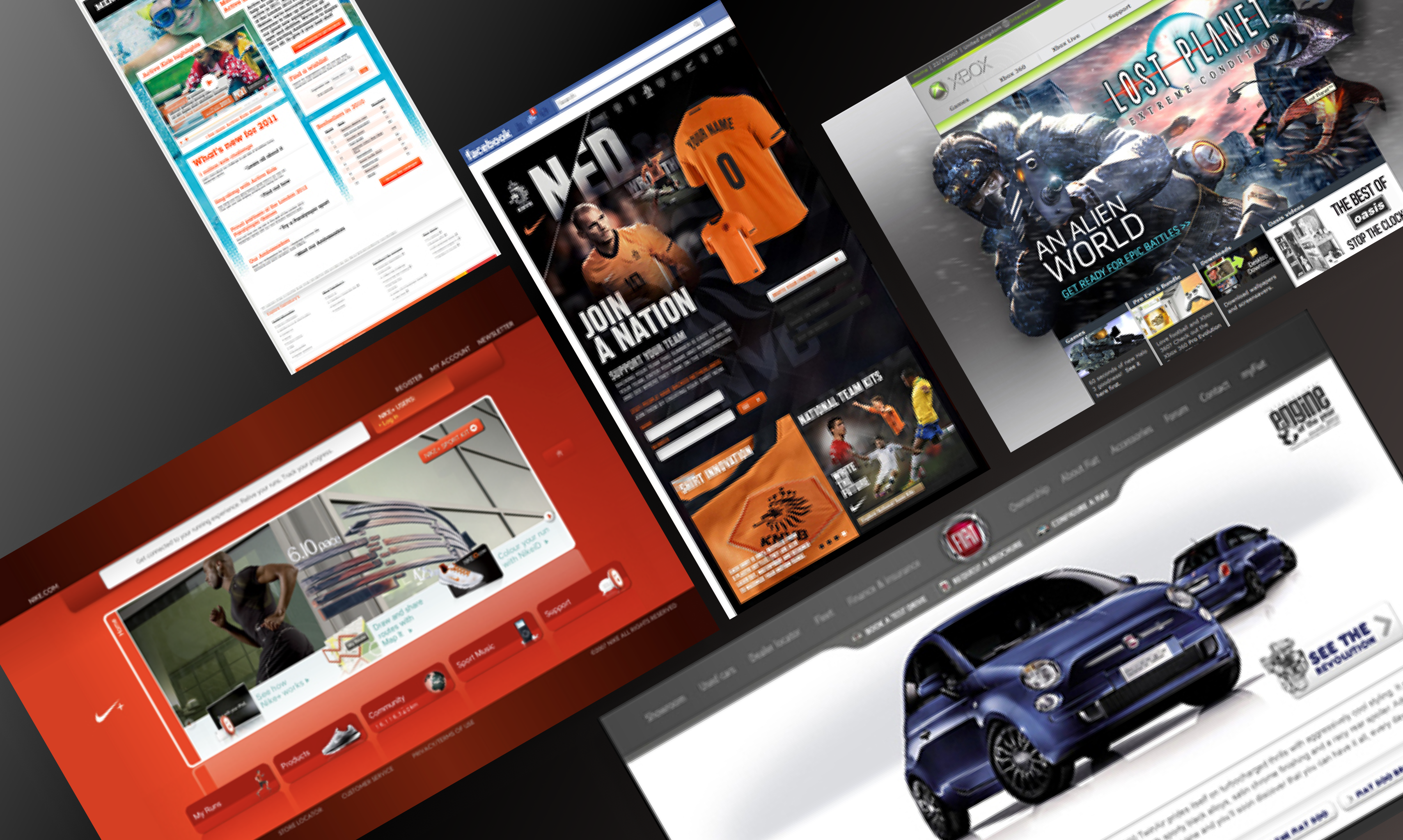 Employed by AKQA for 5 years where I first started as an intern and moved from a Producer looking after content updates for various sites through to a Front End Developer where I managed the build of multiple websites and emails.

Responsible for development needs of the Sainsbury’s, Fiat, Forevermark, and the AKQA website. Here I would use Microsoft .Net, FBML, and HTLM5 to create the templates for the CMS pages being used, Facebook pages, and HTML emails.

This role involved liaising with the creative team at the design phase to ensure that everyone knew what the MCMS system was capable of, as well as working alongside Back End Develoepr and the QA team to meet launch dates and resolve any issues within the site before being shown to the client.

Before moving to a senior role I looked after the Xbox websites, This led me to be given responsibility for the Microsoft site updates where I would work with developers and creatives on how we could implement thier ideas within the strict controls of the Microsoft site.

I then moved to the Nike team where I managed a small team of Producers. Here I would run team scrums and organise work load as well as helping with site set up and content updates for Nike+, Nike Football, Nike Golf, Nike Human race.