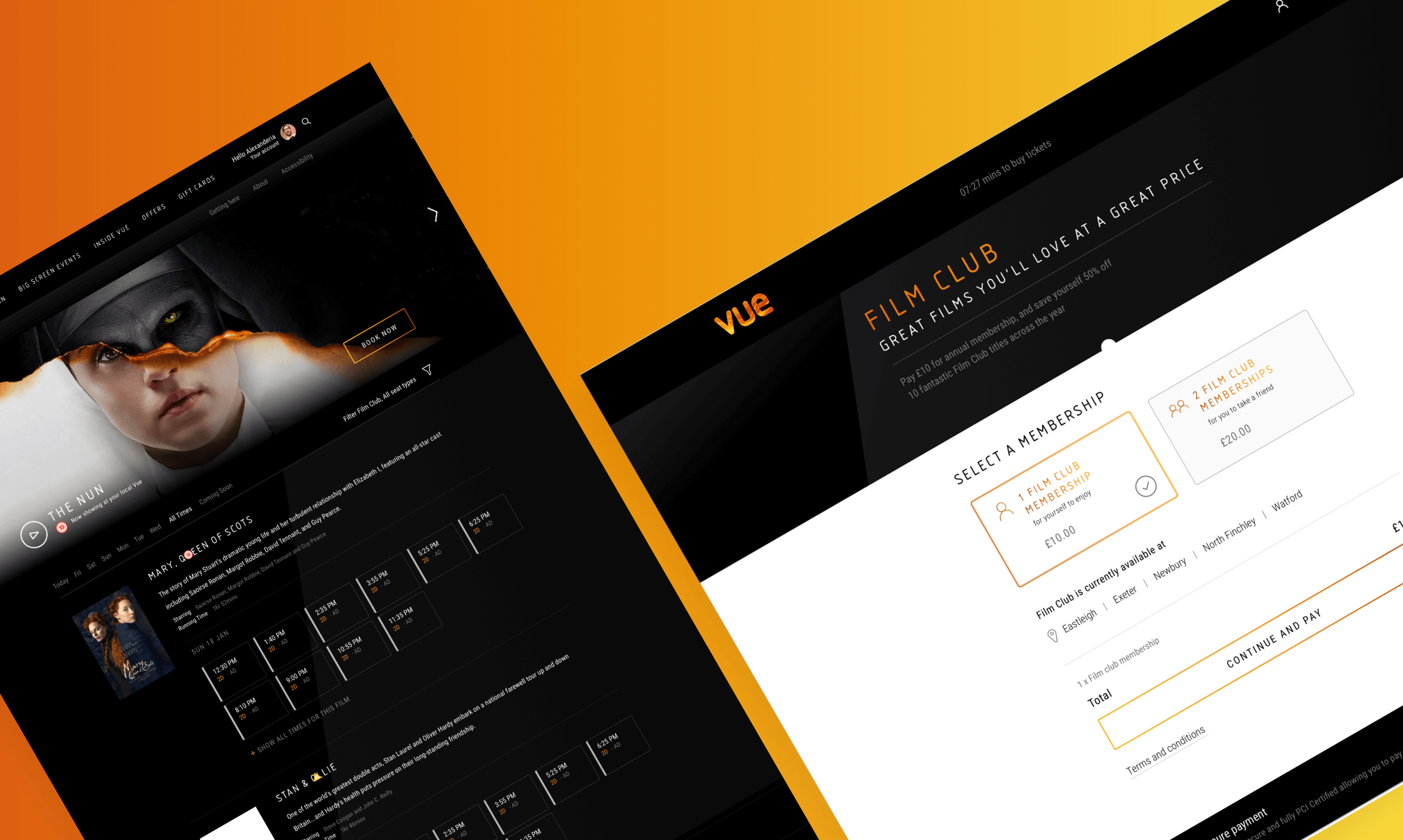 Project: Film Society
Client: VUE
Company: TH_NK
Date: January 2019
The problem: Creat an area that sits within the current structure of the website, where VUE customers can become a member allowing special access to Indie films that are shown throughout teh year.

VUE wanted to add a section added to their website to test a concept at a number of cinemas across the UK. Here they wanted to create a yearly membership that allowed their viewers to see 12 Indie movies across the year for half price.

The initial job was to put together flows of how the new membership would fit into the current website, using the existing functionality. Without the Film Society being available to cinemas that weren’t participating in the test.

These are the initial flows that were sent across to both the supplier and EPAM, who would be developing the project, to give an idea of how this would fit within the site.

Showing what area of the site would advertise and inform the customer about Film Society.

How the site would look within the account section of the site, which was another project where we had to design an account section that could change and evolve over time.

Then working on the payment flows as the user completes the purchase of the membership.

The designs created that were used for the 5 cinemas taking place in the test.