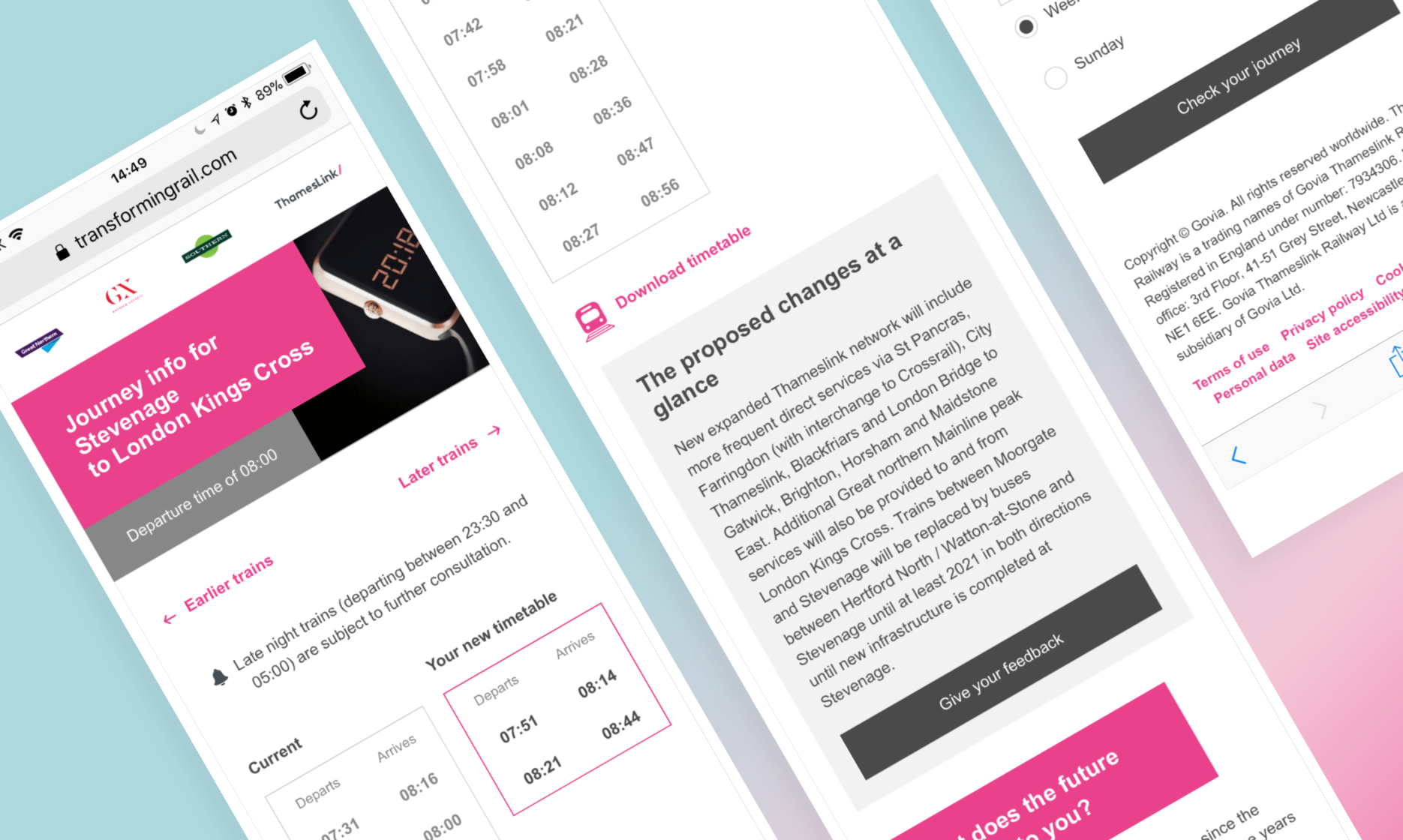 Here I took a quick look at the recent survey site about the new rail timetables that are being introduced, after seeing how my 8 friends reacted to the website.

A friend recently sent me a the link above. With a lot of the group commuting into London it became quite a hot topic. When my friend first sent it across it was with dismay at the reduction ot our service. So I had a look along with my mates.

All plugging in our details Stevenage to Kings Cross. The form returned our existing trains with the new proposed timetable and then gave the option to complete a survey, so we could say what we thought about the proposed changes.

The form showed our current schedule with around 10 trains in the morning period from 7 to 8 o’clock in the morning. With the new train schedule showing just two trains. How could this be right, with all the trains currently being packed. So plugged in the details again to see if anything had gone wrong. The exactly the same outcome appeared.

As a conversation was going on whatsapp about these changes and my friends finding the same, our anger quickly grew. Leaving us all to fill out the form leaving quite harsh feedback.

It was a couple of weeks later when speaking to a friend that I actually found out our service was changing and we would no longer be stopping at Kings cross, and would be calling into St Pancras which is just next door. This new format actual allowing commuters to travel further into london, as far as Blackfriars.

I returned to the form and filled it out again putting BlackFriars instead of Kings Cross. Showing the new timetable with several trains I could now catch.

Looking at the page

When Looking at the page again and reading all the way through there was text explaining the changes to the service, but these messages are being missed, probably leading to the survey being incorrectly filled out. Also users can read this and think that the text does not apply to them.

The proposed changes at a glance

New expanded Thameslink network will include more frequent direct services via St Pancras, Farringdon (with interchange to Crossrail), City Thameslink, Blackfriars and London Bridge to Gatwick, Brighton, Horsham and Maidstone East. Additional Great northern Mainline peak services will also be provided to and from London Kings Cross. Trains between Moorgate and Stevenage will be replaced by buses between Hertford North / Watton-at-Stone and Stevenage until at least 2021 in both directions until new infrastructure is completed at Stevenage.

I have quickly noted down some of the problems that I think the page has to deal with and how users are coming to the site.

Issues with the page:

Thameslink is expanding with frequent direct services to:

I have tried to give more information to users but in smaller elements to display the extra benefits of the new service to the user. Hoping that giving the full information to the user will allow more accurate results once the survey has been completed.